For most of you, this is just the date that the next Apocrypha patch is deployed.

For me, this marks two years since I started playing Eve.

When I first picked up the game, I hadn't a clue what I was doing. I'd watched Sapphrine, Mebrithiel, Giganticus and my then-flatmate Suze'Rain play the game, so I had a vague idea what I ought to be looking at. Cerys Magente and solosnake had regaled me with stories of what they'd done in the game when we were at a games conference here in Edinburgh earlier that month; it wasn't really til Cerys mentioned how she started Eve working with Privateers and solosnake yelled 'You BITCH!' at her in the middle of a reception full of game devs that I actually started thinking the game sounded like fun. 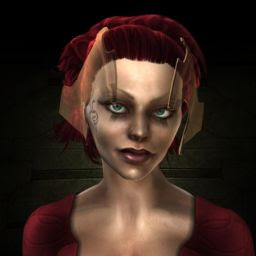 Suze helped me get started, but the choices I made in the end were all mine. I started Eve with something just shy of 900k skillpoints, one of several hundred newbies wandering around in highsec. Suze didn't think I would stick around for more than the two-week trial period. He was nearly right: I got incredibly frustrated with the ten-part newbie mission, and my paranoia was running high -- I'd never played an MMO before and had no idea what to expect. Suze introduced me to some friends in the game, watched me rage over the incomprehensibility and cower in terror in the station, and went off on holiday for the weekend. One of his friends, Abbel Nightroad, took pity on me, convinced me to fly with him into lowsec to go ratting, and by the time Suze returned I was having an easier time of things and I'd paid for my subscription.

I joined Abbel's corp at his invitation, started pvp'ing successfully with something like 1.2 million skillponts (see?! it's not the SP, it's how you use it!), and never really looked back. It wasn't easy, but it was fun. I learned from roaming Upper Syndicate and the lowsec areas around Stacmon, highsec wardecs and pirating in Kor-Azor. Things changed, as they do, and I tried living in nullsec for a bit. That was a mistake, and it wasn't til I joined the Hellcats that the fun in the game really returned, for me. 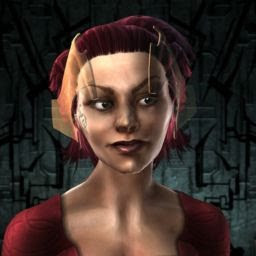 And now I've been in Hellcats for nearly a year. I've watched the average online population in Eve more than double from 17,000 (if there was more than 21,000, we were in for a lagfest) to 49,000. I've paid for an update to Shae's portrait after deciding I was tired of her looking like a heroin addict. I can passably fly every Gallente ship I want and starting to consider cross-training. Part three of Space Captain Starke is sitting open in Word on my other computer waiting to be edited, and the next big trip will be to FanFest in October.

Here's to the next year.
Posted by Ivanneth Maethor at 10:35