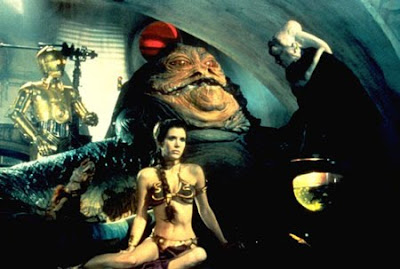 I'm going to start by saying that this isn't part of CK's blog banter, and it's not intended to be. It's a response to all the responses in general, rather than spamming up your comments.

Let me tell you what question women gamers get asked the most by their male associates. No, it isn't 'Are you really a girl?' or even 'Send boobie pictures?' (I will say, when people ask that, I generally give a link to this picture, but I'm perverse like that).

No, the question we get asked the most is, 'How do I get my girlfriend to play Eve?'

Guys are making, lessee, one, two... three major errors right there with that one question.

Firstly, they assume that one woman gamer can relate to any other random woman in the world. I'll tell you right now, beyond having a common gender and the issues it brings with it, and perhaps sharing a cultural background, most women have utterly nothing in common. In truth: I don't understand women. In general. I just do not get them, and a lot of the typical behaviours make me shake my head and wonder if most women simply choose to let their brains atrophy, or if we have popular culture to blame for making them act that way.

Secondly, they're approaching a woman who is, for all intents and purposes, a total stranger to their girlfriend. I know nothing about your girl, save what you tell me, and so my impression of her will be tinted by what you say. I have no idea what would make the most convincing argument for your girlfriend to try playing the game. I don't know her. All I can do is point out your third -- and biggest -- error.

And that is: 'You cannot make a gamer of someone who has neither the interest nor the inclination.'

Shae, what the hell is that supposed to mean? Exactly what it says. In order for a person to enjoy playing games, they have to WANT to play them in the first place. Maybe Eve-players' girlfriends are simply being stubborn, maybe they're refusing to 'get' the game out of some perverse need to make the guy jump through hoops. But I'm willing to bet the vast majority of these Eve Widows are simply not interested.

I'm a huge sci-fi nerd: I always wanted my own X-wing fighter, I grew up watching Star Trek and more crappy B-movies than I can count, and getting into Eve was a very easy and natural step for me. I find WoW wholly uninteresting for its cartoony nature, reputation for internet greebos with no social skills, and lack of cutomer-provider relations. Eve is a world for people who want to have a role in an interactive sci-fi universe -- people like me, and I suspect the majority of you -- and CCP does deliver to the best of their ability.

You only get to that stage of nerdiness if that's where you always wanted to be. If your girlfriend or wife would rather sit down to watch The English Patient when the only other option is Serenity, then making her watch Serenity isn't going to endear the genre to her any more than cajoling her -- as an uninterested non-geek -- to try to enjoy flying virtual ships in a competitive game where human interaction is relatively minimal.

I do know your pain. The guy I was dating when I started playing Eve began to suggest that I should grow up and stop playing games. I never thought he had much of an argument, because all he did was come home from work and get drunk and stoned out his gourd in front of crappy tv serials.

It's all about priorities.

Most people don't think playing computer games is socially rewarding -- that it's the venue of the dreaded Cheetos-munching, 'Dew-swilling Basement Troll -- and that may be the biggest obstacle a guy has to surmount when introducing his girl to the other half of his life. It's a terrible stigma to have to refute when you don't see yourself in it; non-gamers in general will instantly make the connection even if you don't fit the stereotype.

People automatically assume everyone else has a similar set of priorities in their lives. It's incredibly difficult to bend one's brain around another person's way of thinking when it differs radically. Most people see social interaction -- in a bar, a club, at work -- as being high-priority. Gaming, in general, is viewed as something for the socially inept, a place for the freaks and geeks to conceal their shortcomings behind a scantily-clad digital Barbie-doll named Chesty McTitties.

If a guy wants his girl to at least understand the game -- if not give a shot at playing it -- he has to try to compare it with the things that are important to her. Like... soap operas = Eve forums drama. Sports = Eve pvp. Board- and card-games = Eve pve and 0.0 territory battles.

If enough effort is put forward, it's possible to at least get a non-gamer to understand your fascination with games and Eve in particular. But if you want to turn a non-gaming girl into an active Eve-player, you're going to have to be prepared to tear holes in the walls of social structures the girl has built up over the course of her lifetime. Some people don't like their comfort zone being wrecked like that; some people will be alright with it, if all they have to do is add a little to their understanding. One person in a thousand might rub their eyes, stare around and exclaim, 'My god, I never KNEW!' and plunge happily forth into the unknown.

At the end of the day, all you can do is explain things, and if that fails, compromise, and ask if she'll sit with you through Serenity after The English Patient is over.
Posted by Ivanneth Maethor at 15:02